The Taxpayer Bill of Rights 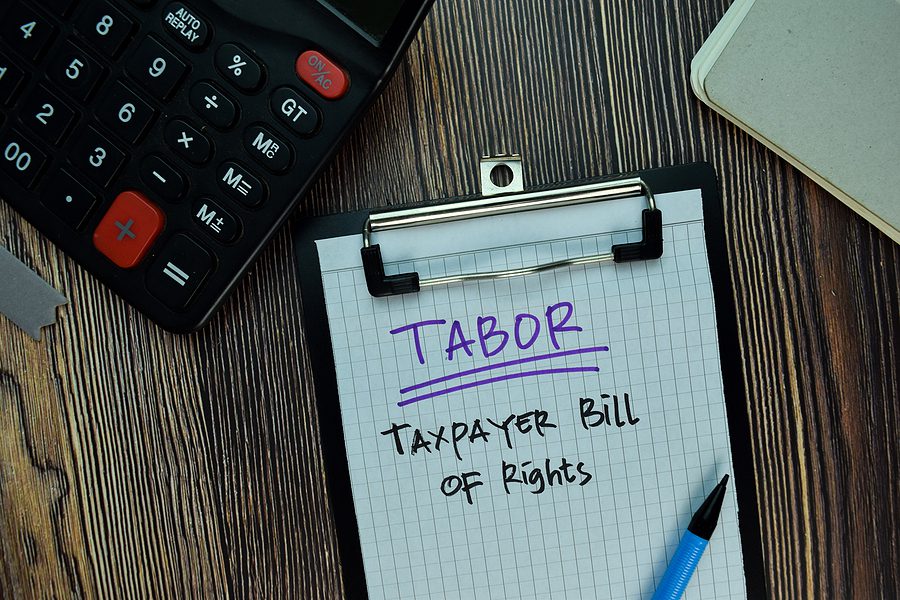 Normally when the “Bill of Rights” is mentioned, most people think of the amendments to the U.S. Constitution: the right to free speech, to a speedy trial, to bear arms, and so on.  But did you know there is also a Taxpayers Bill of Rights?  Yes, as a taxpayer, you have rights when dealing with the IRS (quite a few, actually!).

History of the Taxpayer Bill of Rights.

In 1988, the Omnibus Taxpayer Bill of Rights was enacted. It provided basic rights to taxpayers in dealing with the IRS.  Additional provisions were added in 1996, including the creation of the Office of the Taxpayer Advocate.  At the urging and recommendation of former National Taxpayer Advocate Nina Olson, the current expanded version of the Taxpayer Bill of Rights was officially adopted by the IRS in 2014.

What is the Taxpayer Advocate Service?

The Taxpayer Advocate Service is an independent organization within the IRS whose sole mission is to be the voice for taxpayers at the IRS. There is at least one taxpayer advocate office in each state, the District of Columbia, and Puerto Rico.  The Taxpayer Advocate speaks for both individual taxpayers and large groups or classes of taxpayers affected by various issues.

What Rights Do Taxpayers Have?

1. The Right to Be Informed.

Taxpayers have the right to know what is expected of them regarding compliance with tax laws, entitled to clear explanations in all IRS publications, forms, instructions, notices and correspondence, and to be informed of IRS decisions affecting their tax accounts.

2.  The Right to Quality Service.

Taxpayers are entitled to prompt, courteous and professional assistance from the IRS, and have said assistance delivered in a way that taxpayers can easily understand. Taxpayers also have the right to speak to a supervisor when inadequate service has been received.

3.  The Right to Pay No More Than the Correct Amount of Tax.

The IRS is required to collect only the amount of tax due (including interest and penalties) and must apply all tax payments properly.

4.  The Right to Challenge the IRS’ Position and Be Heard.

Taxpayers do not have to suffer in silence. They can raise objections to IRS actions or proposed actions and provide additional documentation to support their objection.  The IRS is required to consider timely objections from taxpayers and must respond to taxpayers.

5.  The Right to Appeal an IRS Decision In An Independent Forum.

8.  The Right to Confidentiality.

Taxpayers should expect that information provided to the IRS will not be disclosed by the IRS unless the taxpayer authorizes the disclosure.  Taxpayers also have the right to expect the IRS to take action against employees, return preparers, and others who wrongfully use or disclose taxpayers’ return information.

9.  The Right to Retain Representation.

As a taxpayer, you don’t have to fight the IRS alone.   Taxpayers can choose to retain authorized representatives (Enrolled Agents, CPAs and attorneys) to deal with the IRS on their behalf.  If a taxpayer cannot afford representation, they have the right to assistance from a Low Income Taxpayer Clinic.

Taxpayers have the right to expect the IRS to consider all facts and circumstances that might affect the taxpayer’s ability to provide timely information or ability to pay.  Taxpayers can ask for assistance from the Taxpayer Advocate Service if the taxpayer is having financial difficulty, or the IRS does not resolve the tax issues properly and timely through normal IRS channels.

One of the advantages of retaining representation for tax issues is that authorized tax representatives like The Becerra Group know and understand the Taxpayer Bill of Rights, and often have a good working relationship with their local Taxpayer Advocate.  It’s as much who you know as it is what you know. If you think you aren’t receiving your basic rights in dealing with the IRS, or don’t understand your rights, give us a call at 505-462-9090 (NM) or 830-254-4708 (TX).  You can also contact us through our online contact form here.