Red Flags that Can Prompt an IRS Audit 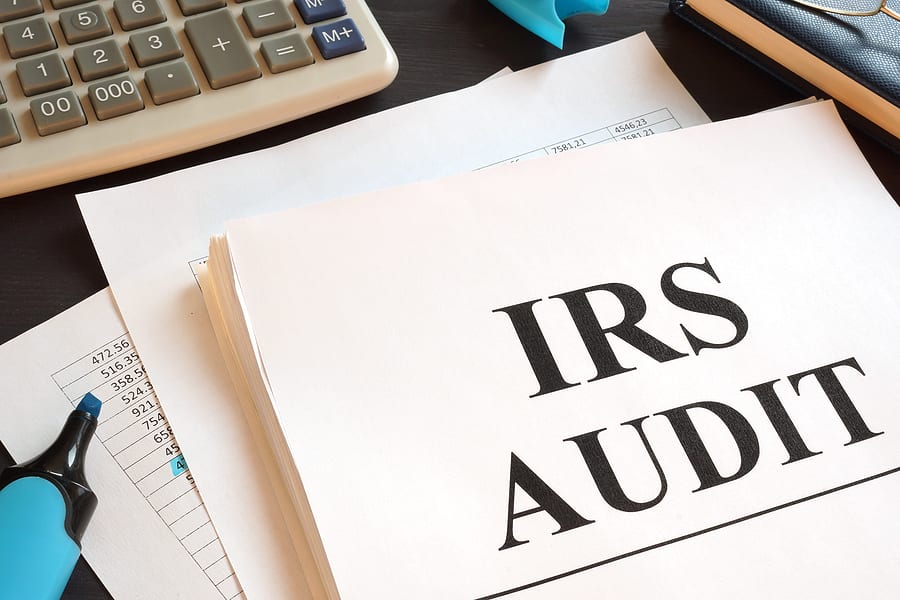 Have you ever wondered how the IRS decides which tax returns to audit? The IRS uses a combination of computerized processes and staff processes to decide which tax returns it will audit. Each tax return is assessed against numerical standards. Returns showing irregularities go through a set of three review levels by IRS staff. The farther you are from the averages for your occupation or industry, the more likely you are to be contacted by the IRS.

Even if the IRS contacts you, it won’t always be for a formal audit. Most minor tax return discrepancies are handled by mail, via a request for additional information, a notice of income reporting discrepancy, or even a notice of additional tax due. These types of audits are easily resolved by simply sending the requested information or documents promptly to the address on the IRS notice.

If a tax return is selected for a deeper audit, it will often be in-person. During the interview, the IRS will review personal or business records (depending on the type of tax return being audited). The location of the interview might be at an IRS office, at a taxpayer’s home or business location, or an accountant’s office.

An IRS audit isn’t the most enjoyable event (a root canal might be more fun), but many audits can be avoided. Below is the most common events that trigger an IRS audit, and what taxpayers can do to protect themselves if they are selected for an IRS audit.

Report All of Your Income

Of all the red flags, unreported income is the simplest one to avoid.

How? By simply reporting all of your income for the tax year. On the other hand, some income can be easy to miss. Did you change jobs during the year? Did you receive unemployment benefits? How about gambling – did you strike it big at the casino? Did you do a side gig during the year delivering food? Did you sell any stock? All of these activities are reported to the IRS via a Form W2 or a Form 1099. It’s always a good idea to make a list of every income source you had for the year, no matter how small the amount, and check that you have received the corresponding form. If a company didn’t send one, or it was lost in the mail, you still need to report that income, form or not. Companies that send out Form W2 and Form 1099 to individuals also send those same forms to the IRS. The IRS knows your income before you even start your tax return. The IRS matches all the tax forms they have received to a person’s or business tax return. When there is an item related to the tax return that is missing compared to the IRS’s records, it will normally generate a letter audit.

Before the act was signed into law, a taxpayer was only required to acknowledge a foreign bank account by checking the box on the 1040. Now, reporting includes checking the box, the name of the bank, and the highest balance in the account during the prior calendar tax year.

The Foreign Account Tax Compliance act mandates transparency. By being open and providing the legally required information about active foreign bank accounts, people adhering to the law boost the probability of being audited. This probability goes together with the logic that people or businesses with foreign holdings are attempting to conceal personal income outside America. The rub is this—adhering to the law enhances the audit probability, but not adhering to it can end up in massive interest and penalties and potentially considerable criminal penalties.

Business tax deductions greater than the norm for a business will raise a red flag with the IRS, especially meal and travel expense deductions taken on Schedule C. The IRS employs coding by occupation and industry to track the norm for levels of travel for each business type and industry. A tax return with a business expense deduction greater than 20% above the normal expense level may generate a red flag and at a minimum, a review of the return.

The IRS is typically stringent regarding commingling expenses for personal and business. Business meals are deductible expenses but only under specific conditions. It is important to delineate the expenses on receipts to show which ones are business, which ones are personal, and be able to explain why. Additionally, if audited, you may be required to provide receipts for all expenses over $75, and lodging while traveling.

Being Paid Too Much or Too Little

For business tax returns the audit percentages are similar. Corporations get audited about 1% of the time when their assets are less than $10,000,000, while businesses with assets greater than that get audited close to 18% of the time. Larger incomes generally involve intricate tax returns. The more intricate the tax turn, the higher the likelihood it will have audit red flags.

On the other hand, making too little can also trigger an audit. The IRS regularly reviews compensation paid by corporations, especially salary amounts paid to principal owners of S-Corporations.  If the principal owner’s wage is unusually low compared to the corporation’s revenues, a red flag will be raised.

Erratic income can be a red flag, especially if your income is significantly different year to year (higher or lower). Be sure to keep documentation explaining any significant changes in income.

Reporting a loss on your business is not an automatic red flag, but consistently doing so is. Yes, start-up businesses may not show a profit for several years, but make sure you have documentation to show that this is the case and you aren’t simply reporting losses to benefit from the deduction. If your business never makes a profit, or barely breaks even year after year, the IRS may ask you to prove that you have a business – do you have a business bank account, business plan, records of income and expenses, etc.?

To take a charitable deduction, one must itemize deductions on their tax return. But what if your itemized deductions are less than the standard deduction? Some taxpayers have resorted to “bunching” their donations. They will report two years of donations in one year, to maximize the itemized deductions, rather than reporting deductions in the actual year they are donated. While it sounds tempting, don’t try it. The IRS knows how much the average donation is at various income levels and reporting donations higher than the averages will trigger the IRS interest.

Having a home office is no longer an automatic audit red flag, but there are still some instances where it is. An excessively large % of the home used for a home office can be a trigger.

Be reasonable in the square footage you report for a home office, unless you can completely substantiate a larger office footprint (for example, one half of a two car garage used solely for inventory AND a basement converted to home office and training room for staff or independent contractors). If your home office deductions are too high in proportion to your income, that will spark IRS interest.

Oh, for all of you working from home due to COVID? If you are a W2 employee, you are no longer eligible to take a home office deduction on your Form 1040. Instead, consider asking your employer to institute an accountable plan and reimburse you for home office expenses.

We’ve all done it at some time – accidentally entered 3 instead of 8, transposed a number when entering a social security number, or entered estimates. Your tax return is the last place you want to make stupid mistakes. “Oops, I accidentally transposed numbers” isn’t something the IRS wants to hear.  Double check your entries, whether it’s a SSN or actual financial numbers. Using rounded numbers – 100, 500, 1000 – on forms like the Schedule C often appear to a guess and can attract IRS attention.

The IRS focuses on making the most of each audit it puts into play. Over the years, particularly with the improvement in programming that tracks down anomalies on tax returns, the IRS is improving its audit record. The IRS collections are increasing each year through its audit programs and enforcement. Collections are improving without the need for massive increases in IRS staff.

The Becerra Group has your back. We know the U.S. tax system is incredibly complicated. We keep up with all the current tax regulations and tax code and are dedicated to finding avenues for you to pay the lowest legal tax amount. Give us a call at 505-462-9090 (NM) or 830-254-4708 (TX) to discuss your tax preparation needs.  If you prefer contact by email, complete the form on our Contact Us page.